It was a slow start for the Guerin Catholic against HSE last night. HSE came out in the first half fast and hard. The score before the half was 5-1. The Golden Eagles was able to regroup after the half, but their effort was not enough to stop the Royals. Final score was 9-5.

Great teams learn from their loss, and move on to play another day. Next road game will be against Circle City Contender – Brebeuf Jesuit High School on April 27th – this Friday at 7:30 pm 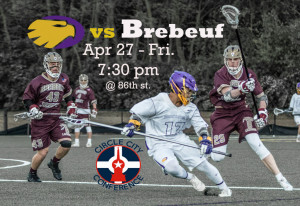 Next home game will be on May 2nd against the 2017 Defending State Champions – Cathedral – Irish. It will be considered a red letter day for the Golden Eagles. 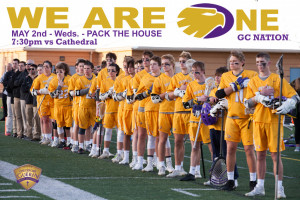 The last time the Irish Lacrosse Varsity team played at Guerin Catholic was in 2014. Our current seniors were still in 8th grade. The lacrosse field was still grass instead of turf. We are expecting an exciting game against both Catholic Schools. 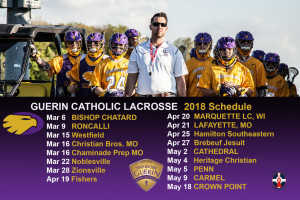