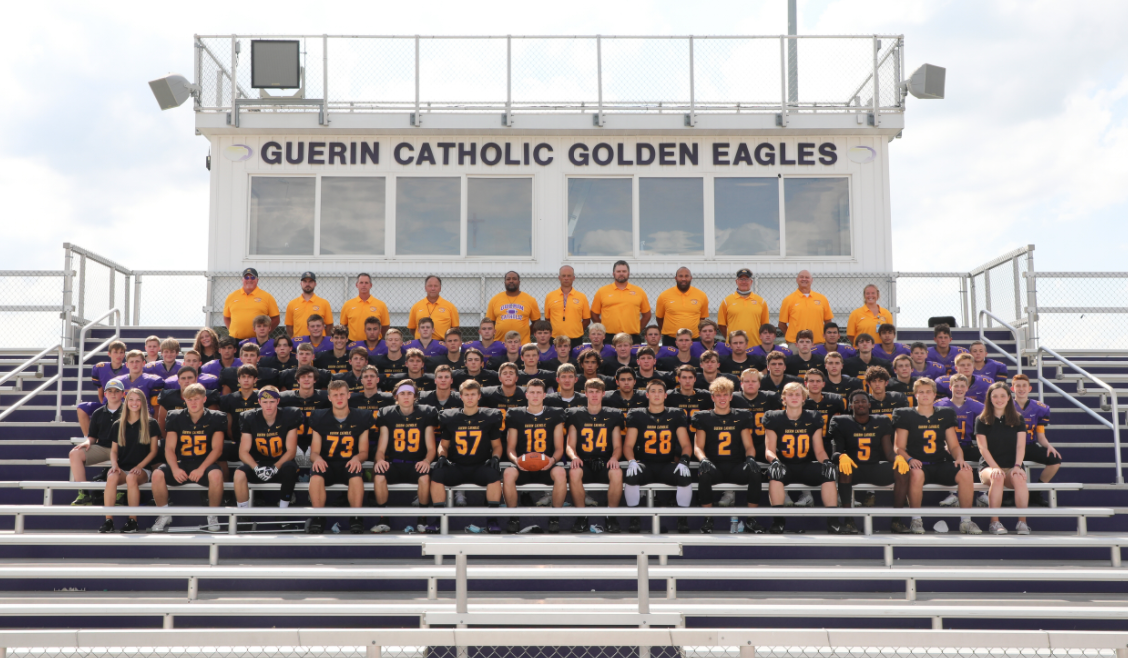 The Golden Eagles football team took the field during the 2020 campaign with a mix of senior leadership and an influx of young talent amidst another challenging schedule of opponents. Coach Tom Dilley’s team finished 4-5 while managing the ups and downs of a season that was in doubt due to Covid-19 concerns from the very start.

“While the season had plenty of challenges, the journey was productive, meaningful, and enjoyable due to the daily attitude and effort of our players, managers, and assistant coaches.  While playing one of the toughest schedules in the state, the 2020 Golden Eagles remained positive, driven, and united throughout the season and displayed remarkable improvement from the beginning of the season to the end.  We are very proud of the toughness, tenacity, and leadership displayed by all of our seniors this season,” noted Coach Tom Dilley.

Despite the challenges that awaited the Golden Eagles in preseason, they opened the year with a 14-7 win over McCutcheon, which marks the second straight season-opening win over the Mavericks. The Golden Eagles will continue that series as they travel to Lafayette in Game 1 next year in 2021.

After a couple weeks of Covid-related cancellations, the Golden Eagles were thrust into Circle City Conference play vs. Brebeuf Jesuit, Roncalli and Bishop Chatard. While the Golden Eagles fell in all three games, the strength of these teams was on display during the IHSAA State Tournament as the Conference finished with a 22-1 record when not playing conference opponents. Of the 6 classes in Indiana High School football, both Roncalli and Bishop Chatard and non-football conference member Covenant Christian all claimed state titles. The Golden Eagles will take on these challenges each year as the conference continues to set the standard in area football excellence.

The Golden Eagles rebounded from Circle City Conference play to win 3 of the next 4 games with wins over Northview, Culver Academies and an upset of #3 ranked West Lafayette in the opening round of sectional play. These wins provided a crucial example of how a young group began to come together toward the end of the year. The upset of West Lafayette provided the highlight of the year in a game where senior All-State player Danny Rhoad propelled the Golden Eagles to the second round of sectional for the third straight year.

“The future is bright for our football program.  We are very excited about our 2021 team, and our returning players are working hard in the weight room in order to realize the goals they have already established for next season.  The work ethic, character, and leadership of next year’s seniors will be key to the success of our team.  The commitment and dedication of the returning and incoming players will propel the Golden Eagle Football Family to new heights in 2021.”  Tom Dilley