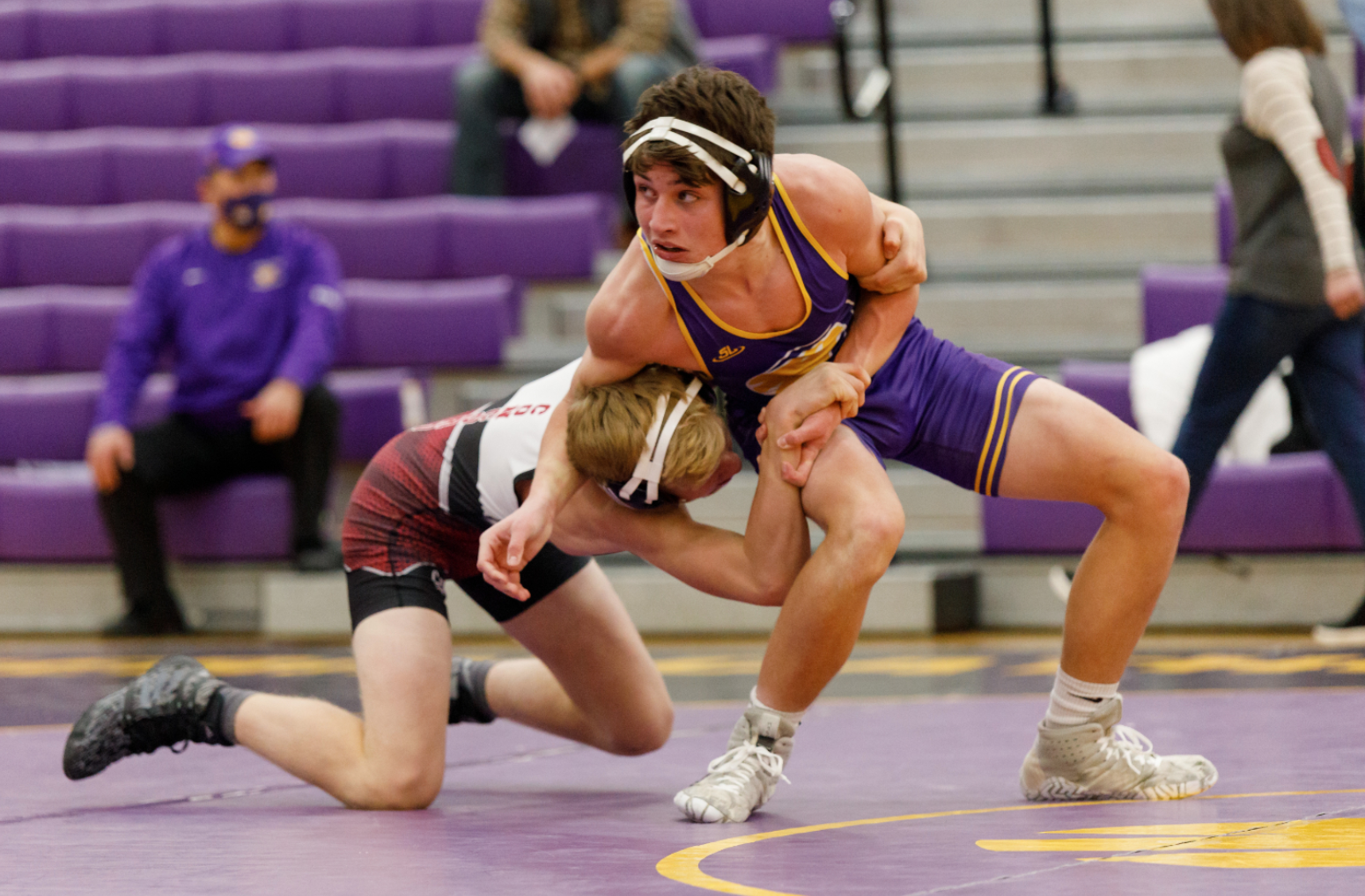 In a Double Dual Saturday, the GC Wrestlers took on the Lapel Bulldogs and rival Lafayette Jefferson Central Catholic whom the Golden Eagles defeated 39 – 28! Joseph Lafiosca and Brayden Hall’s Lapel Matches were dominating, B. Hall won his match 15 – 7 and Joe Law won his match 7 – 3! But the Lapel match of the evening went to junior and Team Leader Quin Sutton who literally came from fighting like a Golden Eagle Elite Warrior off his back to pin his Lapel opponent! IT WAS EPIC!! Isaac Richardson went 2 – 0 on the evening, going 4 – 0 and pinning his second opponent in the second period! Peter Nguyen’s LCC Match was tough, he fell behind only to fight back and win, holding on to a 6 – 4 Win!! Once again the Lady Saints did an outstanding job, Amelia Porter on the on video, Cristina Trice & Hannah Fletcher on youtube streaming, and Kayla Thoman and Marci Marcus on scorebook. The next match for the GC Wrestling Program is tonight in a Triple Dual vs Anderson, Madison Grant and rival Scecina High School, YOUR PRAYERS ARE APPRECIATED!!